The documentary, India’s Daughter, was watched by millions of people at 22.00GMT on 04/03/2015, then repeatedly on BBC iplayer and YouTube. The views opinions and controversies were rapidly shared by the world.

I’m in tears due to both anger and heartbreak. We live in a world where the view that women are worth less than a man and they have less rights. (#) India’s Daughter was quickly trending on twitter with reactions coming through quicker than you could read.

Let’s first talk about what the documentary showed and the themes that it raised. 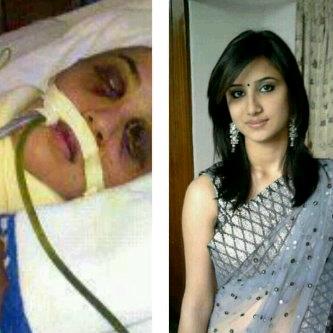 Jyoti Singh Pandey’s, India’s Daughter, parents and friend spoke about the incident, what Jyoti was like and of the aftermath of the incident. Her ideals, values and dreams were shared with us. Her parents had the opportunity to share their emotions with a nation that felt their pain through their words.

This is where your blood starts to boil and your heart starts to break. They state that women are at fault if she is out after dark and “doing wrong”, which is being out with males that are not related to her if she is unmarried. These lawyers proceed to dictate what a girl should wear, who she is allowed to associate with and what her roles in life are. M.L Sharma states “In our society we never allow girls to come out of the house.” What basis he feels he can claim what the society allow and disallow I do not know. He may have supporters and those that agree with him but this just highlights what is wrong with the world. How dare men dictate what girls are allowed to do?! He goes on to say girls are the most precious things in the world, they are like diamonds, however he feels it is okay to do as you will, control, defame and rape these “diamonds” if they go against your man-made cultural beliefs.

For these educated lawyers who are gatekeepers and protectors of the law and society to state their opinions in such a way was disgusting and traumatising. These attitudes grow and breed further ignorance and inequality that we are trying so hard to change. 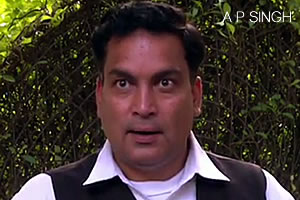 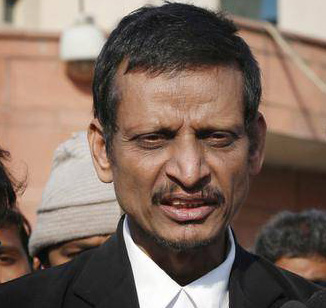 They focus a lot on what girls are allowed to do and why they are at fault but not much on the actions of men and whether they should be reprimanded or taught to respect and not rape, not be violent and not feel the need to exercise justice to what they see in their eyes as wrong. By omission do they agree that it is their right to punish those that go against their own made ideals?

AP Singh goes as far as to threaten his own family members to what he would do if any daughter of his was to disobey his rules. He out rightly stated he would burn her alive.

THIS IS EXACTLY WHAT IS WRONG WITH THE WORLD! To die or to be killed is the favourable result than to teach to talk or to listen.

Mukesh Singh shares more than I can articulate. He states the victim of rape should not fight back. She should have let the rape happen then no further harm would’ve come to her. He assumes this right that they can do as they will and women need just accept it.He now states that because she fought back, men that will rape, because of course they will, they will now kill if a woman fights back. What message does this provide? Boys will always rape and women should just take it or more harm will befall you? 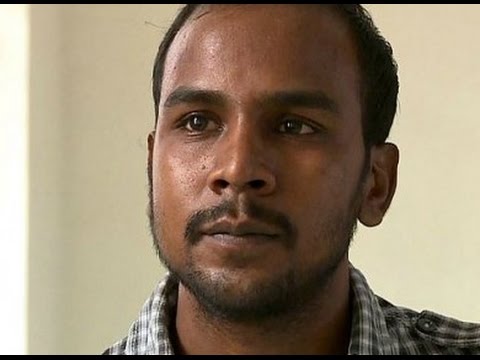 One of Mukesh’s most harrowing quotes, “a girl is far more responsible for rape than a boy” literally equates to the victim is at fault not the perpetrator.

He goes on to discuss his upbringing in deprivation and poverty. He wasn’t interested in education, which could explain a lot, but wanted to just go and enjoy life. I refute the claim that poverty and deprivation preconditions attitudes of violence and rape to be acceptable. This is not  a class issue, as highlighted by the lawyers! It is a human nature, attitudes and social acceptance issue.

The issues raised in ‘India’s Daughter’ were that the attitudes of gender inequality is shared by many, not all, but many of the population. I state my understanding to reflect I know this is NOT EVERY INDIAN MAN’S view of women, however this perception is highly prevalent. These attitudes need to change. The fact that women carry hold and protect “Honour” is complete idiotic ignorance. These words of honour, when paired with killing, and “bringing shame” hold no value, no meaning. They are words used to justify stupidity and illiterate views and opinions.

What should equally be raised was that these views of women’s suppression and inequality was not only expressed by men. Akshay Thakur’s (convicted) wife and father were also interviewed. This woman with a son stated something that shows how far we have to come. “A woman is protected by her husband, if he is dead who will protect her and for whom should she live?” For as long as women hold these views to feel that they are useless, helpless without a man in their lives, we will face a constant battle for gender equality. 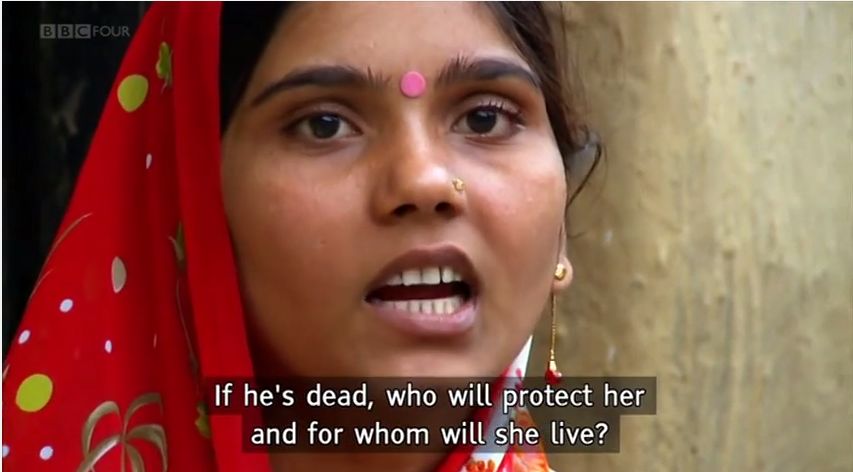 ‘India’s Daughter’ may have had it’s own personal reasons for being produced and broadcast, there may be personal gain and publicity reasons, however it is up to the public to perceive and make their own opinions.

It may be banned in India as they feel this is damaging to the view and perception of India. I believe this claim may hold some merit, however it cannot be denied that these issues are very real and need to be addressed.

I do fear that ‘India’s Daughter’ has the ability to breed prejudice, stereotypes and racial profiling of all Indians. It is our responsibility to not judge all by the views of what I hope is a minority. The case of the Delhi Gang Rape was so horrific because the world had not heard of such violence and brutality before. We pray with all our might that this is not a recurring crime.

Should India #LiftTheBan? At this point is it worth debating as it is already available worldwide on social media platforms. I have looked and debated with individuals that agree with the banning of the programme and wholeheartedly contest the making and release of ‘India’s Daughter’. In some cases I can see where they are coming from. That the programme will encourage hate and defamation of the country and culture that can be very beautiful and rich. The economy and tourism impacts of this documentary can indeed be impacted, but why hide the truth of what can and has happened in India?

Was Leslee Udwin, (producer of ‘India’s Daughter’) right in interviewing the rapists and giving them a voice? I see it as she exposed what SOME men truly believe and feel and only by acknowledging and understanding this can we hope to ever achieve change. 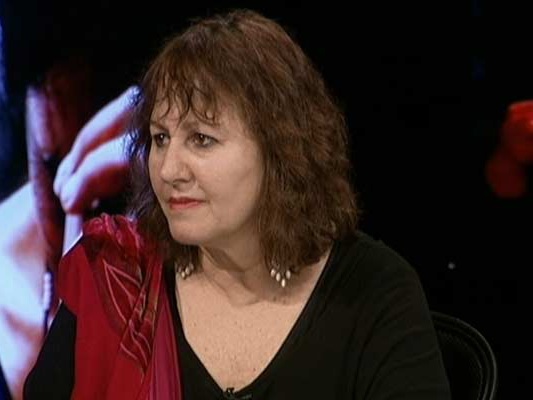 What I disagree with are the claims that Leslee Udwin should have focused on the rape and violence cases in the UK not in India. This justification is unfounded and ridiculous. People have different interests and focuses. I agree that the UK is not perfect by any measure. Violence against women and rapes of children do occur and we do need to focus on that, but that is not a reason to not shine a spotlight on what is happening elsewhere. Every single country needs to evaluate themselves, look at their attitudes cultural practises and gender equality battles. This is not limited to India.

Not enough focus has been on the positive impacts of ‘India’s Daughters’. There has been a great surge in activity in the world of work that aims to reduce gender inequality. Many women and men have found a platform to voice their opinions. There have been protest violence, however more often there has been attention on important issues that need to change.

CAREducation Trust and Big Hug Foundation here in the UK held candlelight vigil to stand up against violence against women. Information found here (part 1) and (part 2). There was a call to action to evoke change. Educate the next generation, do not let them feel, experience or be witness to girls being treated to that less of a man.

As they are labelled, ‘cultural’ practises and attitudes have to change. Within the generation they have to change. We can give voices to ML Sharma, AP Singh and Mukesh Singh, however it is how we react and work to dispel these attitudes that count.

The media has put something out there, the audience has reacted, it is up to us the international general population to make a change. Not through violence, not through hate, but systematic change through all generations today. Women are not inferior and education is the answer

Lastly I end with ‘India’s Daughter’ your story will forever live on, giving courage to those that had no voice. Inspiration and action of change can and will follow. Together we can change attitudes and we won’t rest until we do.

@DilishaBP – I welcome your comments.