Since the Delhi Gang Rape, have attitudes changed? Will Gender inequality be abolished? Can we make a difference?

So many days have passed yet we cannot move from our minds and heart the tragedy of Jyoti Singh Pandey, where she was brutally and fatally raped and violently attacked. Since the incident, which has been named, Delhi Gang Rape, many things have occurred in the world.

There have been many large protests held across the country. As mentioned in my previous blog. CAREducation Trust UK with Big Hug Foundation held a candlelight vigil in London where over 300 people attended throughout the day to show their support in speaking out against violence to women. For more information and pictures please see here. We aimed to raise awareness to the violence against women that occurs around the world on a daily basis. 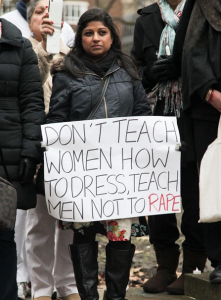 Since this attack, we have seen that there has been a shift in attitudes. These have ranged from there being the all awaiting change in general attitudes that can be as reported by the BBC News by Parul Agrawal that can be read here.  Social norms are changing and relaxing to be able to talk of such topics of rape and violence, which previously was unheard of.

There has also been a large increase in number of reports filed for rape and violence, as reported by Times of India. Everyday we are hearing of more Gang Rape attacks and abductions, the age range of these victims is largely disturbing as many are minors. We are both elated and concerned over this. With the courage that people now possess to report such events we also want to ensure all cases reported are genuine. This is where the Indian justice system would come into play. 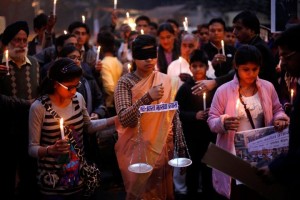 There has also been a reinforcement of patriarchal attitudes where the victim is still being blamed for teasing and provoking. This has caused outrage and disbelief. The view here is that women are being scape-goated and blamed for the violence against them. As the reported cases of violence against women increase, the restrictions placed on women increase. Restrictions include; earlier curfews, extreme monitoring of activities and rules and regulations of what girls are permitted to wear.  This can be seen to be a large injustice against human rights and the equality of women. More information on this topic was reported by Time India.

If we are moving in the right direction for courage to speak out against ones attackers and enforce severe punishments, then we need to ensure the justice system is in place to be able to handle these allegations and is free of corruption.

The fast track court case of the Delhi Gang Rape was set to begin in India’s Capital today, it was swiftly adjourned and has been set to continue behind closed doors on Thursday. We shall be following it to see if this really will become the turning point in the history of gender equality. Can people change their age old ideals? Or will this become another case of fault of the victim? Let our voices not lower and let our focus not shift. The fight is to stop violence against women, and deter such acts to be contemplated at all.

Let us unite and change the world for the better.

Article quoted sites such as: CrowdVoice

Blog
One comment to “Delhi Gang Rape: Will the next step be Change?”

This site uses Akismet to reduce spam. Learn how your comment data is processed.