Is this abortion denial a sentence to maternal death?

Abortion laws and restrictions is a very controversial topic, and one that seems to be exposed in our media regularly. There are only a few countries in the world where abortion is illegal under any circumstances, some of these being, Malta, Chile, Vatican, Dominican Republic and El Salvador.

We have already spoke about the tragic story of Savita Halappanavar, now here is the story of Beatriz, (not her real name).

She is a woman in El Salvador, who has been informed that she is carrying a non-viable pregnancy. She has also been informed that this pregnancy has high risks of endangering her life. The country’s restrictive laws prevent her from seeking an abortion, as legislation states, those that seek and carry out abortion services are liable for imprisonment. She was forced to seek approval from the high courts. On Wednesday she was denied permission by the Supreme Court of El Salvador for an abortion, who some are calling a death sentence.

Beatriz is carrying what has been deemed an extremely high-risk pregnancy, complicated by a severe form of lupus, an autoimmune disease, hypertension, and kidney failure. The foetus she is carrying has also been diagnosed with anencephaly, which affects the brain development, through the failure of closure of the neural tubes. This means the chances of survival are very slim.

Beatriz has been denied an abortion and now her risks have greatly increased. Pro-choice groups have been rallying support and helping to influence the El Salvador President Mauricio Funes, to no end. However he has had not acted in favour of Beatriz. The Catholic church influence is great in this country, just as we saw in Ireland with Savita’s case. Here Life of the unborn child is held above the current life of a woman trying to survive.

Everyday Beatriz is suffering, her body is under immense stress and pressure. She wants to live, she has a family and a son to raise. The courts listened to her statements but have however reported a ruling of 4-1 against authorising abortion.

The court ruled that “the rights of the mother cannot be privileged over those” of the fetus.

El Salvador’s ban has not only resulted in the denial of medically-necessary abortions for women like Beatriz who desperately need them, but also has a maternal mortality ratio, (MMR), of 81 deaths per 100,000 live births. If we compare that to the UK where the abortion law is much more lenient, we have 12 deaths per 100,000 live births. We cannot attribute this difference solely to the abortion law, but I believe it is an component.

Here are some statistics that show the potential association between abortion restrictive laws and maternal mortality ratios.

As mentioned I do not believe that abortion law restrictions are the cause of maternal mortality, but I do believe it is an important component. Nor do I believe abortions should be used as a form of contraception. I do believe in the right to choose, and for this to be available to save the lives of women all over the world. How can we sit back let women die everyday due to lack of access to safe abortion. I do not value one life over another, however if the evidence is strongly suggesting the lower quality of life or even there lack of, shouldn’t it be about the right to choose? 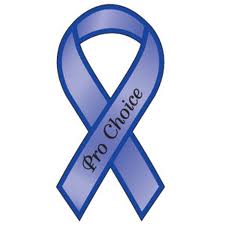 I have included a short film that was made by ASAP-Asia that show the choice some women are left with.

Blog
One comment to “Abortion Denial in El Salvador”